This was one of my favorite months on the Google SERP. Not because the changes Google made "broke the way of the SEO industry." Rather, it's because the changes Google made may seem slight or even negligible. But that would underestimate the search engine. Sometimes, the most innocuous changes to the Google SERP harbor the biggest impact. Such was the case on the June SERP.

Get ready, get set, here comes the July 2020 edition of the SERP News!
July 1, 2020
Posted by Mordy Oberstein
Read Entry

In Search [Episode 77]: A Fresh Take on FAQs for SEO

Ashley Segura the mad hatter of Top Hat Rank joins the podcast to offer a fresh look at FAQs for SEO!


Plus, we look at CTR on the SERP when ranking above the fold vs below the fold!
June 30, 2020
Posted by The In Search SEO Podcast
Read Entry

Is there was a way to give you a better sense of what ranking at a given position on a given SERP actually means?

SEO legend Bill Slawski joins us today for a sweeping look at what patents tell us about Search!


Plus, Google just released something that’s set to change the content landscape… here’s why top-level content will die a horrific death by the SERP!
June 23, 2020
Posted by The In Search SEO Podcast
Read Entry

The Difference between Ranking Above & Below the Fold (A CTR Study)

What does Click-Through Rate (CTR) look like above the fold versus below the fold? The question, being as good as it is, doesn't make it an easy one to answer. In fact, it's more than a little complicated. After all, you have to discount the first organic result being above the fold to a certain extent considering it's the first result folks see regardless of its "fold" status.

Complications aside, for the moment, let's explore what CTR is above and below the fold for sites on page one of the Google SERP!
June 17, 2020
Posted by Mordy Oberstein
Read Entry

Yosef Silver, SEO and culinary expert, joins us to talk about creating that content that coveted content that ranks well, reads well, and shares well!


Plus, why refusing to look at content, the SERP, and SEO with fresh eyes is killing you.
June 16, 2020
Posted by The In Search SEO Podcast
Read Entry 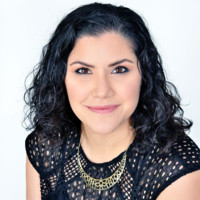 What Is a Google Penalty and How to Recover

Nothing can be worse for a site than being hit by a manual action! But what exactly are Google's manual action penalties? How do they differ from ranking losses at the hands of an algorithm update? More than that, how do you go about getting out the penalty box and removing the grasp that a manual action has over your site, your revenue, and your life?!
June 10, 2020
Posted by Liraz Postan
Read Entry

In Search [Episode 74]:The Hidden World of Content Syndication for SEO Revealed!

This time we’re talking syndicated content and SEO with Alli Berry who knows the dark inner-workings of syndication!


Plus, there’s so much to talk about as Google has officially invaded your site with text highlights! We’ll jump into all the drama from Google’s expanded use of scroll-to-text + highlight from the Featured Snippet.
June 9, 2020
Posted by The In Search SEO Podcast
Read Entry

May 2020 has come and gone and so has another core update. Google's May 2020 Core Update brought a blast of rank volatility to the SERP the likes of which we have not seen for some time. A lot to talk about here from the update's timeline to who and what were most impacted. Beyond algorithmic changes, Google's adjustments to the ever-evolving COVID-19 pandemic continues as a few curious tests and updates made their way to the SERP recently.

Get ready to explore a month of Google SERP intrigue.... This is the June 2020 edition of the SERP News!
June 3, 2020
Posted by Mordy Oberstein
Read Entry

In Search [Episode 73]: What You Didn't Know About Google's SERP Features

Kevin Indig is here to work your brains with a SERP feature deep dive! We’ll get into:


Plus, we ask if the ranking signal is a thing of the past (relatively speaking)!
June 2, 2020
Posted by The In Search SEO Podcast
Read Entry

Getting a clear and easy understanding of your website's organic performance at the local level can get complicated really quickly. If you're looking for something a bit more accessible than extrapolating data from a series of tables and graphs then do I have a treat for you... Rank Ranger's Geo Insights report!

Here's how you can survey your site's performance across local markets around the world from multiple perspectives without driving yourself nuts in the process.
May 27, 2020
Posted by Mordy Oberstein
Read Entry


Plus, we show why you should not take a new course of action based solely on trends data!
May 26, 2020
Posted by The In Search SEO Podcast
Read Entry